Since our humble beginnings in a Sunday school room at a local church with four participants, Forward Journey has expanded into two locations that support over 40 adults and their families. 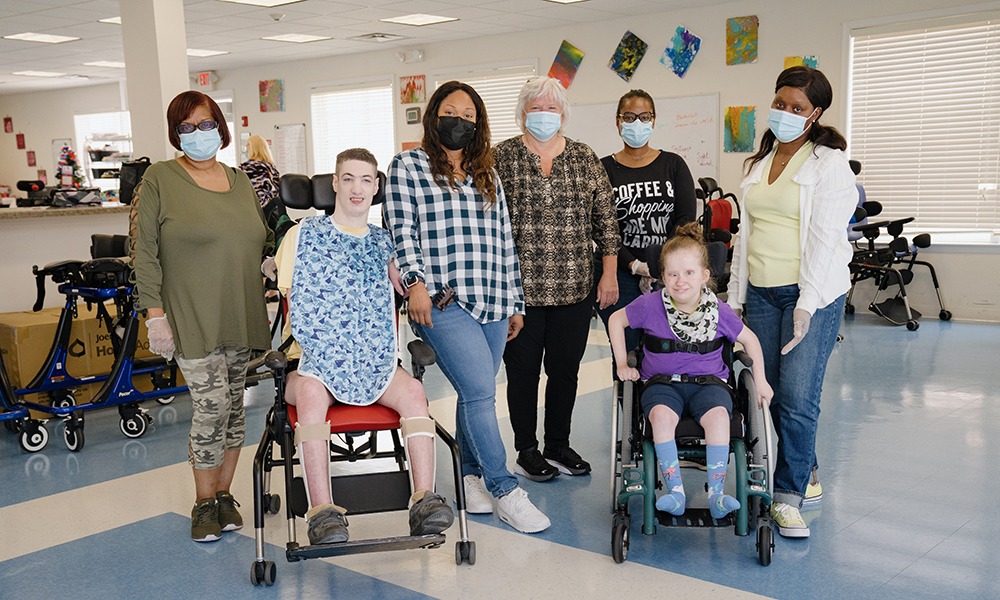 A growing need for young adults with disabilities

Before opening our doors in 2006, there were no programs in Delaware to support young adults with multiple, severe disabilities as they transitioned from school to adult life. After turning 21, they became ineligible for services through the public school system, and existing adult day centers weren’t equipped or staffed to manage their specialized care.

The quality of life for these young adults suffered without the positive stimulation of an engaging environment. Mobility and daily living skills began to deteriorate. Equally troubling, aging parents struggled to manage the significant demands of full-time caregiving, particularly as people with severe disabilities were living longer due to improved healthcare.

Parents in Delaware wanted more for their adult children. They were driven by the belief that every life has equal value, and that every person should have access to resources and support to reach their full potential. With the advancement of assistive technology and breakthroughs in special education methodologies, there was no reason adults with complex disabilities should be without an enriching day program.

In 1997, a group of parents and disability professionals began to network with legislators, educators, and members of the community to imagine what a solution might look like. This kickstarted a nine-year process of pooling resources, researching best practices, and building a viable nonprofit to fill this critical gap in services.

To emphasize our goal of creating a smooth passage to adulthood for participants, the new organization was called Collaborative Effort to Reinforce Transition Success (C.E.R.T.S.).

Since opening, C.E.R.T.S. has moved its New Castle County location three times to accommodate increasing admissions and opened a second location in Kent County, which will also relocate soon. Our long-term goal is to have a location in Sussex County, so all adults in Delaware with multiple, severe disabilities can access our services.

In 2022, our organization replaced its original name with Forward Journey to better reflect who we serve and our purpose for supporting these individuals. The clarity from our rebranding process will help us to clearly communicate what we offer and reach more potential participants. With continued support from our local community, we are confident that our vision to reach all Delawareans will be realized!

The newly formed committee adopted a Vision Statement to outline the smooth transition of students with multiple, severe disabilities from school to a post-age 21 program.

With its formal non-profit status in place, the committee selected its Board of Directors and hired the first Executive Director.

C.E.R.T.S. opened its first location at the Lutheran Church of the Good Shepherd as a certified provider of day habilitation services for the Delaware Division of Developmental Disabilities Services. We had four participants upon opening, and grew to eight within one year.

Due to the immediate growth, we moved the program to a larger space at 13 Independence Way in Newark.

C.E.R.T.S. became the first MOVE® for Adults Model Site in Delaware (and only the third worldwide).

The Board of Directors voted to expand the mission of C.E.R.T.S. to include adults of all ages who are able to participate in an active, movement-oriented day program.

To reach more eligible participants in Delaware, we opened our second site at 699 South Carter Road in Smyrna.